A Crazy Couple of Weeks

Well lets just say I've been busy! Over the past few weeks I've traveled up to the Selman Ranch IBA, hit Robber's Cave State Park for the 2009 Oklahoma BioBlitz, a quick and dirty meeting at Beaver's Bend State Park with my favorite Okies from south of Muskogee. I took a three day trip to the US Fish and Wildlife Services National Conservation Training Center in West Virginia, made it back to Cameron University for my Chem II exam and lab, and spent this past weekend at the Wildlife Expo at the Lazy E Arena. I know I'm forgetting something...

Oh well. Instead of a long drawn out story I'm gonna throw some photos at you. Enjoy!

A few shots from the NCTC in West Virginia, my second visit, and equally as enjoyable. 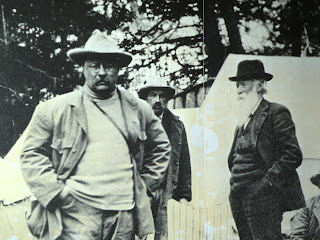 The man, the legend!

A shot of Theodore Roosevelt our 26th President. I should have taken notes on the photograph, I don't recall who the other prominent fellow is. I do know it is not John Muir. 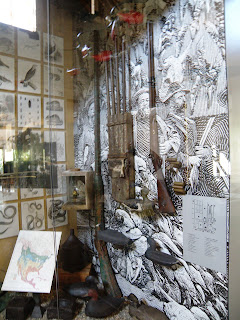 The gun on the left was at least seven foot long, a punt gun, it was attached to the front of a boat and could take out a dozen or more waterfowl in one shot. I'm glad we finally caught on! If we would have kept up with that practice there would be no waterfowl left! 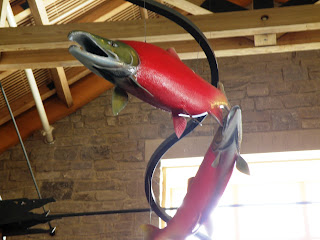 
A Few Words of Wisdow 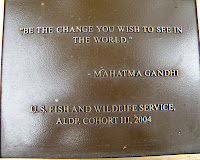 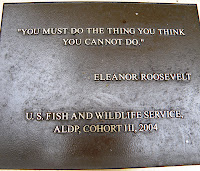 These photos were a big surprise to me. I had loaned my camera to a good friend and look what he gave it back to me with.

The 2009 BioBlitz, from the eyes of Cameron University 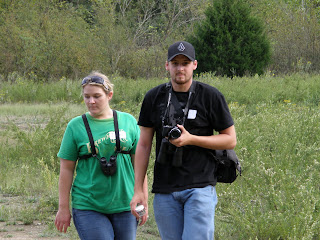 I drummed up a few volunteers from Cameron University for the 2009 BioBlitz at Robber's Cave State Park, no these two aren't it but they meant business! We had a great time, ran into a few birder friends I hadn't seen in a while, and managed to not burn the place down! All in all a great experience. 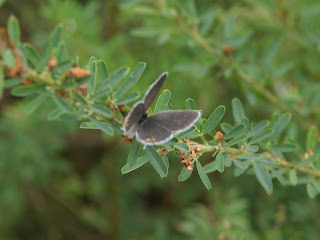 One of the most common butterflies of the event . An Eastern-tailed Blue (Cupido Comyntas) 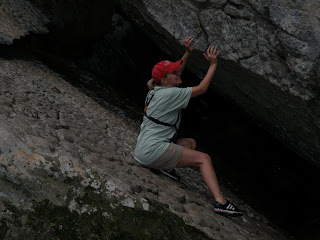 Apparently the pressure of the Cameron Biology faculty is almost too much to bare. At the actual site "Robber's Cave". 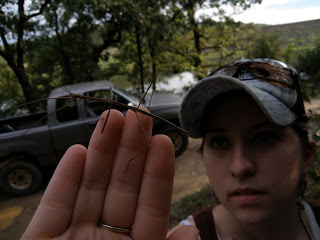 The bug whisperer, she stunned us all later as she did a repeat performance with a Variegated Fritillary (Euptoieta claudia). She actually got it to walk onto her finger. I later tried this technique on the way to the Wildlife Expo with a Hackberry Emperor (Asterocampa celtis), I was pleasantly rewarded. 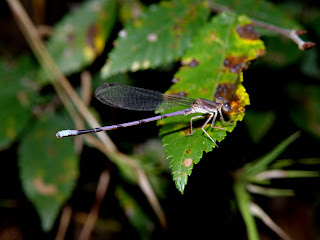 A Variable Dancer (Argia fumipennis), these were pretty common along the shorelines of the lakes.