Briefly, the past two months or so..

Admittedly I have been less than successful keeping things updated here at Afield in Oklahoma. Just the same I am keeping things going, and will definitely keep moving along trying to create some kind of place for people to stop and enjoy. I will also try and post a few more times than last year!

These past two months have seen the end of my part-time paid work for the National Audubon Society.  Like a roller coaster that year of being employed, by the organization I have been a member of since I was a boy (on and off though), was a real dream come true.  If things work out in the future, I’m pretty sure all parties involved would love to see it go back to the same state. But until then I’ll keep representing the state as the Important Bird Areas Coordinator for Oklahoma, albeit on a volunteer status. The downfalls of non-profit work!
So what have I been doing you ask? Well lets see, a little carpentry work, trying to find sources of funding for Oklahoma’s Audubon endeavor, trying to manage getting some habitat improvement work completed on the Selman Ranch Important Bird Area and in general trying to stay busy!  Birding has been slow for me, and I drool as I read posts from birders all across Oklahoma reporting the rare and uncommon species that are showing up this winter. But you’d be mistaken if you thought I didn’t have anything rolled up in my sleeve. So here is a smattering of photos from the past couple months with some comments to fill in the blank spaces. 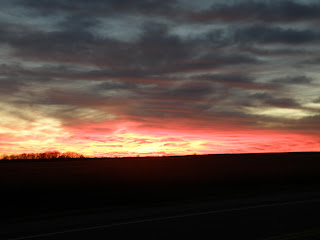 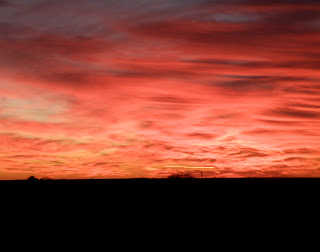 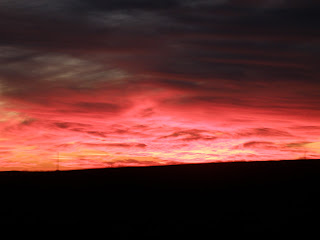 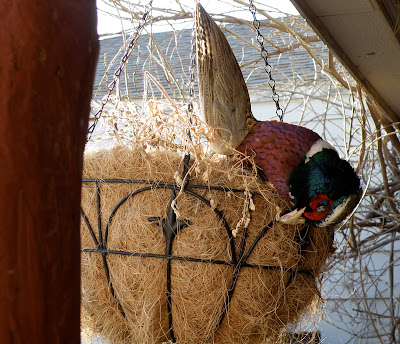 What we like to call a "Ditch Parrot" in Oklahoma! Okay so we all know that it's a Ring-necked Pheasant, I'll be honest the ditch parrot name was something I picked up last week from Dave Brown of Dave Brown Outfitters, a Quail Hunting Guide, who visits Oklahoma. Actually its more like what Canucks from Arizona call them, but hey I thought it was funny and decided to share.

So the pheasant took me back a few years.  When I was teenager I hunted every season with my father, uncles and cousins in Pennsylvania. For some reason I never stuck with it, although every now and again I think about some of that White-tailed Deer bologna that he used to have made and I reconsider my position. The bounty of quail that were coming through the doors of the Selman Ranch didn't help either!

Below are some documentation photos and information for a juvenile Glaucous Gull that I located and photographed thanks to a little help from Candyce Kline and Sue Selman. It was on Experiment Lake in Woodward, OK on the 14th of January 2011.  It never approached any closer than around 100 yards, fortunately it was a crystal clear day so it wasn't too difficult to observe and photograph. I cropped the hell out of these photos but nothing else was adjusted. 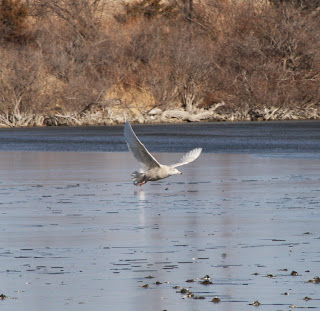 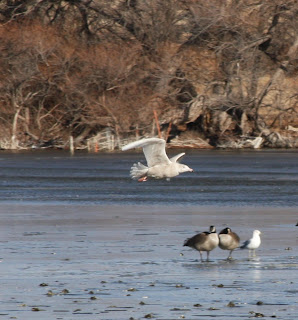 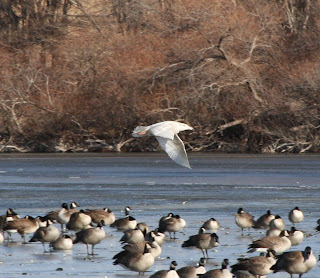