Reflections from the Wichitas 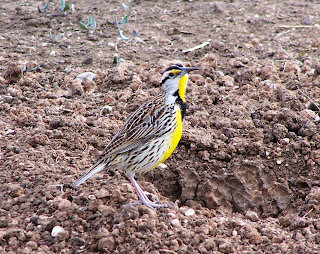 I spent most of yesterday afternoon at the Wichita Mtns NWR. Two of the classes that I am taking are both nature oriented (imagine that!), and instead of lecture we got a tour of the Special Use Area. Not only a tour, but got dropped off and spent about an hour on our own, reflecting on the natural world. Not that I need any more outdoor experience, but I am always ready to jump at a chance to get out into the wild! My little spot happened to be a place where there were some pretty ancient looking Post Oaks, about a hundred yards south of that was a stand of mixed Cedar and Oak with a spring running throughout. Not a bad place to think. 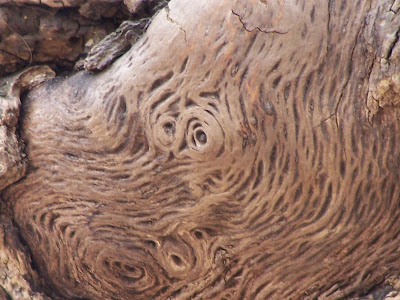 A few of the oaks were particularly old, showing there age well. Unfortunately the largest must have got struck by lightening. I decided to park myself there to reflect, sitting against the fallen portion of the tree, and looking at it's successor. I took a few photos of the knots on the few feet of stump that remained erect (pictured). Can you imagine what that tree has seen? The hundreds of thousands of bison, the Merriam's elk that went extinct and was replaced by its Rocky Mountain cousin, the fires, the lightning storms, wow!

Of course I also took the opportunity to look for a few birds. The cedar grove was full of American Robins and Cedar Waxwings, taking advantage of a shallow leaf filled pool that provided a nice spot to bathe. Also lurking about was a group of Spotted Towhees, White-throated Sparrows and some more of the more common stuff. Actually a total of 23 during the tour, there were a lot more things around but I was not in charge of the schedule. I was able to get a pretty good picture of this Sturnella magna (Eastern Meadowlark), a very pretty individual who posed quite well for me.

Okay so I'll leave you with a little bit of my "creative writing", please feel free to let me know how bad it is!

I sit against a fallen behemoth.
Barely able to make out its successor, who is hidden by another.
This brute, which fell to lightning, looks at me with twisted knots,
full of truth.
Posted by Eric Beck at 8:35 PM

Wow! The knots in that oak are impressive.