Puerto Rico, oh yes it was fun, too short, but fun! My darling and beautiful sister got married, and I got to see the family for the first time in a couple of years. Without going into much detail about the more personal, family side of the trip, why not catch up on a story that has been sitting for too long. (One side note, Juan we never got a chance to get together, which only means that there needs to be a next time that lasts a lot longer than 3.5 days...ouch!) 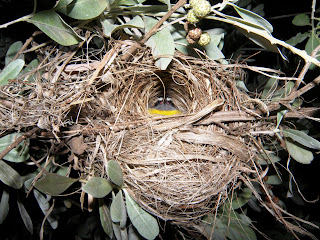 Yes, I was the guy walking around at 3am looking for frogs amongst the motel's neatly kept gardens. Yes, I was the fella back out in the morning with binos and camera in hand taking pictures of Banaquit and nests (above), Red-legged Thrushes, and the seemingly very common Zenaida Dove with the floater White-winged Doves coming in here and there. I was also the guy on the Bacardi tour getting excited about my life Magnificent Frigatebird, the tour not so much, but the time with my mom and her husband was nice and so were the tiny little mojitos served at the end of the trip as I picked up a lifer grackle! 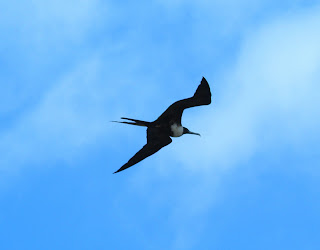 Later while visiting the San Cristobal Fort, another female flew about 15 feet overhead; had I not been trained by professionals, I might have mistaken it for a Pterodactyl. Great fun! In any case, the Brown Boobies, also viewed from the Fort, I did not get to see as closely; nonetheless my 10x45 Nikon Monarchs got me close enough to distinguish exactly what they were. A few of them were hanging about on a small buoy about 200 meters out, and that would be the closest I would get to them.
The truly wonderful adventure did not start until Friday morning, when with Aunt and Uncle, we toured the El Yunque National Forest. I will have to admit I wished we had rented a car, which would have allowed us the time to really get some hiking done. But that said our tour guide, Tony, was pretty knowledgeable about the local flora, particularly medicinal plants of the rainforest which appealed to a much older ethno-botanical side of my curiosity. Maybe next visit. It appears that there are some very interesting tour leaders in Puerto Rico who will show what you can eat, what you may not want to eat, and well, let's just say the place was popular back in the late 60's with the hippies! I did manage to break from the tour just once and when I did, that is when I found the most endemic species, actually the only endemic species of the trip.
Now is the appropriate time to make some excuses, my camera was not gathering enough light under the canopy which made for an awful time of getting pictures of little birdies. But I am going to share them anyway, or at least the best of the bunch! 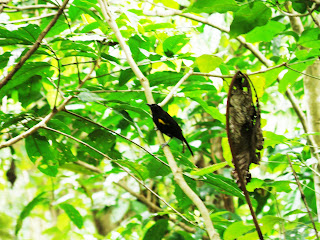 This Greater Antillean Oriole, Puerto Rican race, was my first exciting moment in the forest. It perched about 25 feet in front of me and stayed there for about five minutes eating a fruit of an unknown identity. 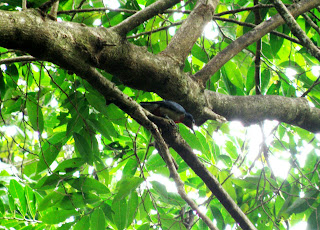 Just a few minutes later I heard a woodpecker-type call; I had no clue as to what it was at first but finally found it near the top of the canopy. A Peurto-Rican Woodpecker (above), was my first endemic species of the trip. Just shortly after that and a little more difficult to find but equally as exciting, another endemic species, the Puert Rican Tanager (below). 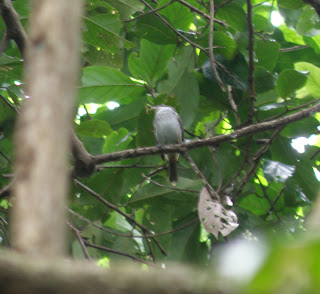 There were a number of other birds for the trip including the Puerto Rican Bullfinch, Western Spindalis (below), Osprey, Red-tailed Hawk, Plain Pigeon, Greater Antillean Grackle and a few others. My family was top priority so the rest will have to wait until the next visit, hear me Juan? 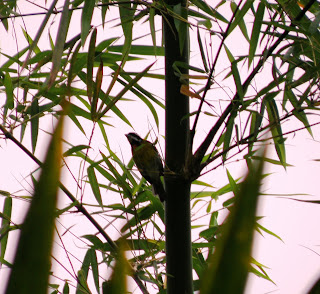 Before I sign off one last little bit. No, I did not see the Puerto-Rican Parrot but I think someone needs to do a little more work down there with them, and it should definitely be me! Seriously though as our tour guide walked us through a portion of the forest he brought us to one of the man-made enclosures, parrot box(below) if you will, designed specifically for the parrots and specifically to keep the Pearly-eyed Thrasher from entering the cavity. I think the box was actually set-up so travelers could see it, but I got the point. Anyway, as he stood there telling us how they were designed to keep the Thrashers out and from predating the nest, I watched in silent laughter as a Pearly-eyed Thrasher flew over his head, rested in the entrance and proceeded to drop down into the cavity as if it had done that a thousand times, which I'm sure it had. The tour guide never caught on, but Aunt, Unlce and I got a good laugh about the whole ordeal. 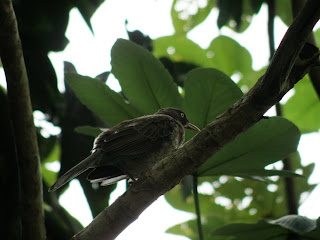 The "culprit"
The plundered cavity (hmmm, no comments please)! 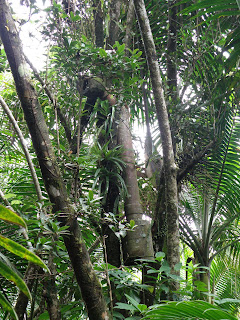 Well, enjoy the remaining photos I will let them speak for themselves. I now have a new love in my life, Puerto Rico, I just hope I get the opportunity to visit her again and next time with my wife and kids! 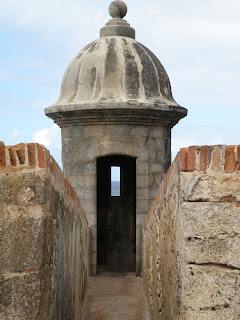 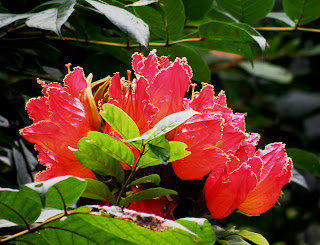 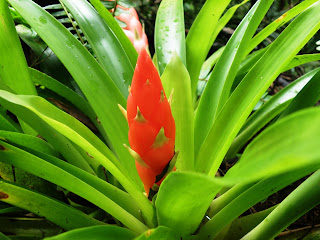 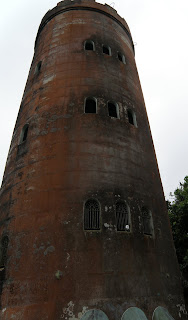 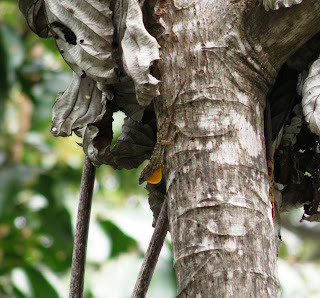 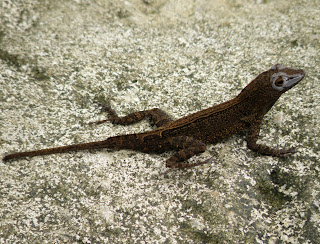 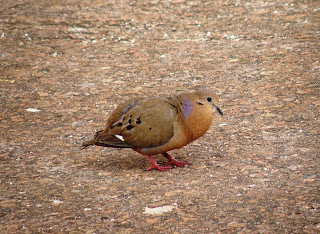 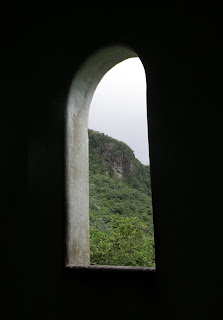 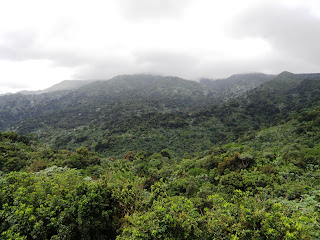