Afield in Texas.....it's only temporary

Due to an unfortunate turn of events my family and I have spent the last few days in Houston. While my wife tended to family business I have been working diligently to keep my girls interests peeked, my mantra, keep the boredom monster from setting in! 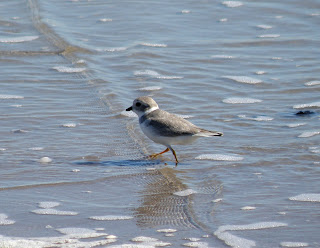 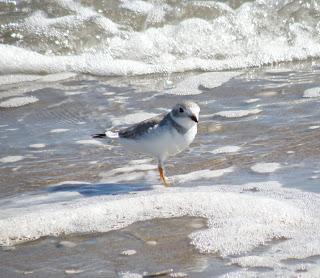 We've had two fun trips, one to Galveston where we managed to not get run over by the thousands of bikers who were attending the Texas Biker Rally. We spent the afternoon walking the beach and running from the waves, loads of fun! In between photos of my girls I managed to see a bird or two, even managed to photograph a couple of them. I was surprised by the numerous Piping Plovers running about. Far more than I have seen in one sitting, none of them were banded. There were also numerous Ruddy Turnstones, Willets, Black-bellied Plovers, Sanderlings, and lots of gulls and tern. Unfortunately my Laridae list is shorter than it could have been, no scope, and certainly not enough time to pick through them all. Don't forget I had two little sanderlings of mine own scurrying about! There were loads of Laughing, Ring-billed, and Herring Gulls, also twenty or so Royal Tern. I was able to spot a Black Skimmer at night while walking the beech in the light of the full moon. Not bad for having two handfuls. 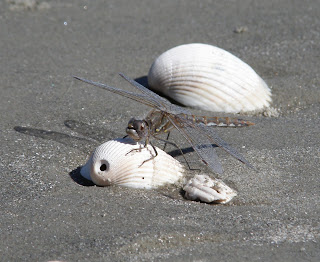 The girls had loads of fun gathering shells, poking dead jellyfish and chasing around dragonflies, which were numerous for November. Of course I'm not real sure they follow the seasons like birds. Maybe someone else can fill me in, but it seems they depend more on the current temperatures than the actual seasons.

Following Galveston we spent the next day checking out Anahuac National Wildlife Refuge. We only spent a few hours there but had a great time. Our main purpose was to see an American Alligator, after some persistence we finally found one. The girls just loved it, this being a first for both of them. It was a young one, maybe 6 or 7 feet in length and still pretty small in the body. There were loads of birds around, but I didn't spend nearly enough time picking through them. Lots of Marsh and Sedge Wrens, Tri-colored and other common wading heron and egret. Neo-tropical Cormorants were plenty, we also manged a few American Avocets and Black-necked Stilts. Maybe someday I'll get down there for a rope drag and get a Black and Yellow Rail or two. 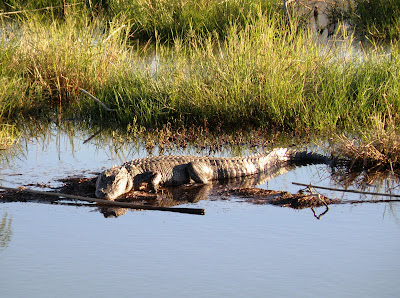 We are getting ready to leave Houston, so it's time for me to go. Stay tuned though I am working on a post about wind development, Lesser Prairie Chickens, and a call to action for Oklahoman's and birders alike....Till then! 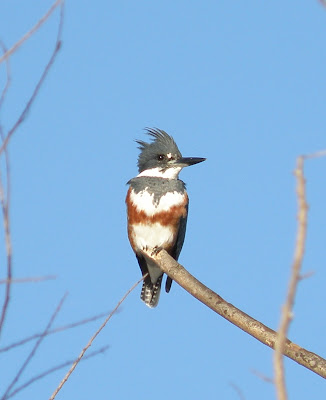