A Whole Prospective on Ornithology 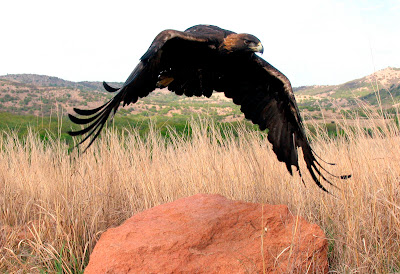 Every now and then, you find yourself in a physical place where everything feels balanced and whole. Upon entering the doors of SIA, the Comanche Nation Ethno-Ornithological Initiative, I felt that balance right away. I had no idea what to expect, but felt certain I was going to be shown something inspiring and enriching. I was not disappointed. (Above, a male Adult Golden Eagle at the Wichita Mountains, one of SIA's many raptors) 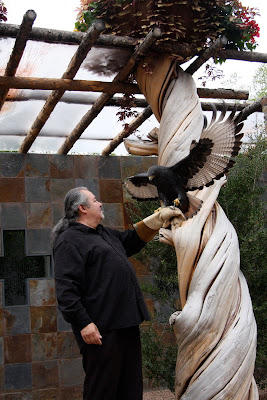 The director, Bill Voelker (left with Temma, the Augur Buzzard, Buteo rufofuscus augur), and I had been trying to make a personal introduction with one another for a little over two years. Apparently we just had to wait for the right time, allowing the world to decided to bring us together, and let me tell you it was quite the meeting!

I spent a great deal of time telling Troy and Bill, co-founders of SIA, just exactly what the Oklahoma Important Bird Areas Program was up to in the state. Of particular importance was my work with the Lesser Prairie Chicken in the Northwestern portions of Oklahoma. I was aware of the prairie chickens importance to the Native American communities in the region, however I wanted to know more, which they obliged. But that is a discussion for another time. After talking, they showed me around the place. I feel my visit will be best represented through my photos, and photos that they have provided for this post. 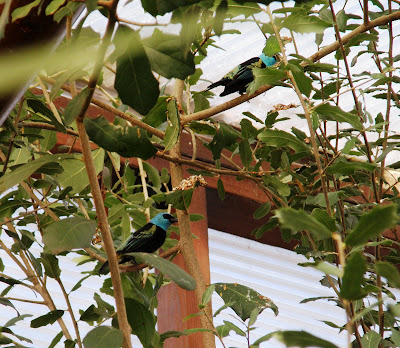 Enjoying a lunch inside their aviary that I could not refuse, Salmon and salad, I had a great opportunity to view a couple of species of birds that I've never had the pleasure of seeing. 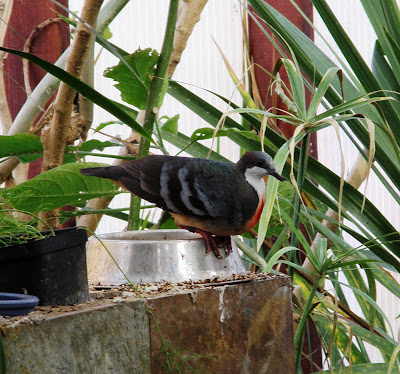 It is hard to describe much of what I saw and felt on my first visit to SIA. Personally it was spiritually uplifting, professionally.....well it's all the same! The organization has spent the last thirty years developing an idea that many would be fearful of approaching, and apparently some were. They are working to re-invigorate the spiritual connection between birds, especially eagles, and the Native American community as well as other communities. This is something I have spent time thinking about and realised myself, particularly with the LEPC. If I am unable to make a connection between people and what the prairie chicken should represent to them, I might as well throw my hat in. Fortunately I believe the Oklahoma Audubon Council and the IBA program, with the help and new ideas from SIA and other partners, we are making those connections; and for that reason I am filled with optimism. So with that little notion I am going to leave you with a bunch more photos from my visit to SIA as well as a few that have been provided by the co-directors Bill and Troy. Don't forget to take a look at the youtube video to the side, a great visual and musical representation of SIA's work. 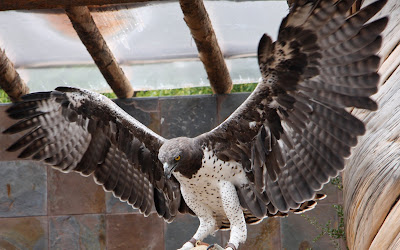 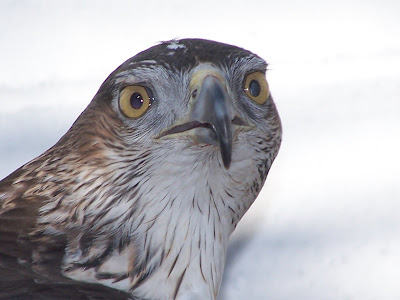 Shiva the Ornate Hawk Eagle and Troy, co-founder of SIA