A Dash of the East

I stopped chasing rare birds almost two years ago. Unless the adventure involves "work" I don't take the time to go look or chase a species that I haven't seen, although that does not mean I have an issue with anyone else doing it. Time doesn't allow me that treat any longer and honestly I would feel too guilty about using the resources to do so, call me crazy! But I am okay with it, I have plenty of time ahead of me and the wonderful journeys that will come with it. The Bachman's Sparrow, named so by John James Audubon a grandfather of mine ( I can claim as many grandfathers as I like!), has been a bird that I have not had the fortunate opportunity to observe. Just like the Greater Prairie Grouse (I support the effort for changing the nomenclature for the Prairie Chicken species of the Great Plains), I knew at some point in my life it would come to me, time on my side sure enough the opportunity presented itself. 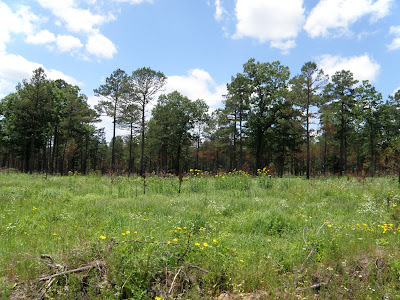 This weekend I found myself in SE Oklahoma, amongst the mountains of the Ouachita National Forest and hills of the Pushmataha Wildlife Management Area. My first stop was Pushmataha WMA, this site is being nominated as a Globally Important Bird Area for the state of Oklahoma. Now that I have actually seen the place and taken a few photos, I finally feel like I can finish the packet for it! It is being nominated because of the Bachman's Sparrow (below, a somewhat grainy photo from Friday) population that is present at the site; this is a species that sits on the National Audubon Society's Watch-list. 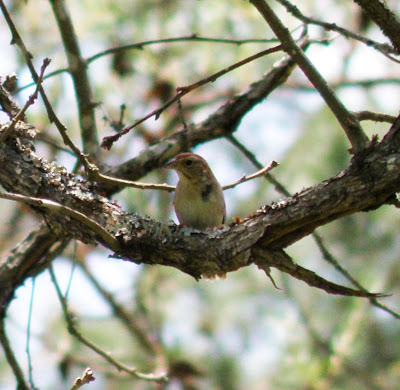 The first thing I learned about Bachman's Sparrows...if you don't hear the first call note, which is a clear single extended whistle, the warbling or trilling notes that follows can be easily confused for a Pine Warbler maybe even a Chipping Sparrow if you're not careful. It took my ears a little longer than normal to get it straight, but soon enough I was tuned in and chasing birds through the fields hoping to get a look, which I did. 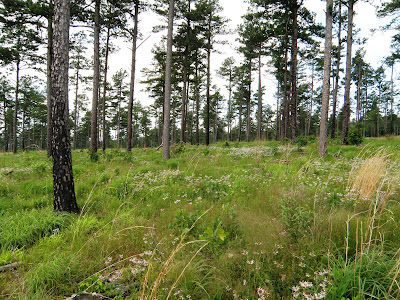 A bird of open Pine/Oak Savannas, the species now relies on modern habitat management practices, which replace the practices of Native Americans as well as unchallenged fires started by lightning strikes; there is evidence of such practices, if you will take notice, in the above photo where the charred bark from a recent controlled burn can be seen. I was impressed with the WMA, with a total acreage of over 19,000 it's pretty significant. Not only that but it was pretty obvious that the manager took his job seriously and did a fantastic job of keeping the roads, campsites and in general the area free of litter; which is no easy task. Speaking of litter, Kevin whoever you are I found your Styrofoam cup and am not pleased at all, you can do better! I can't even imagine how much work they have to do in order to keep that understory from overgrowing every few years and suitable for the sparrows, good work guys!

At least eleven Bachman's Sparrows and a few Brown-headed Nuthatches later, and feeling pretty comfortable with the call and the species I moved further east and into the Ouachita National Forest. By the time I got to McCurtain County it was getting pretty late in the afternoon so I called it a day. Having waken at 4:30, driven a few hundred miles, hit the field for numerous hot hours and then hitting the road again I was pretty much wore down. I bunked down, woke the next morning and hit an area south of the Broken Bow Reservoir dam. It was a nice cool morning, fisherman were out in full force taking advantage of the cool water and the trout that could be found in its pools and eddies. A few hours of hiking produced no Bachman's Sparrows, although I never did find what could be considered appropriate habitat. However there were plenty of Pine Warblers, Chipping Sparrows, a few Louisiana Waterthrushes and of course the numerous Carolina Chickadees, Wrens, Tufted-Titmice and Norther Parula. Moving on and further north I spent the rest of the day surveying the National Forest roads for appropriate habitat, which I found, and Bachman's Sparrows which I did not find. Needing to get back home, I rolled on back west and landed at home Sunday morning. That's about it for now, got things to do, reports to right and paperwork to finish. Till' next time and while you're waiting how about some more photos from the adventure! 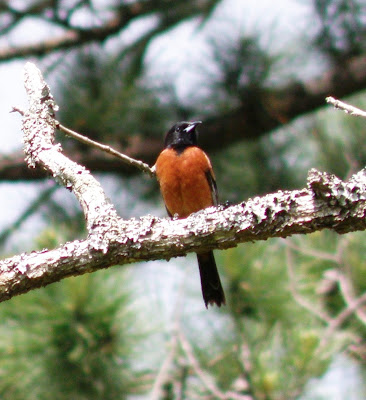 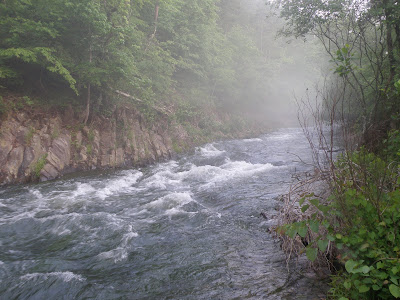 (the Mountain Fork of the Little River, mist rising in the morning) 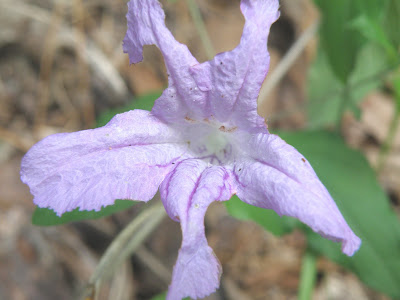 That is, indeed, pristine Bachman's Sparrow habitat. Thanks for the lifers!!!!