Great Gulls from the North

What a day Wednesday turned out to be. Ignoring the north winds which brought the thermometer down to a cool...cold...bitter cold 18 degrees, not counting the windchill, I spent the afternoon scanning over a couple thousand gulls hopeful to find a few rare birds. Patience and tenacity paid off. Below you will find photos of a number of species of gull seen during the day, I have also included a shot or two of another gull from Canton taken yesterday. So, enjoy the photos and please feel free to make comments or as ask questions about the identification of them. 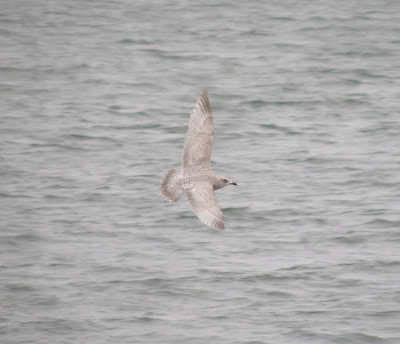 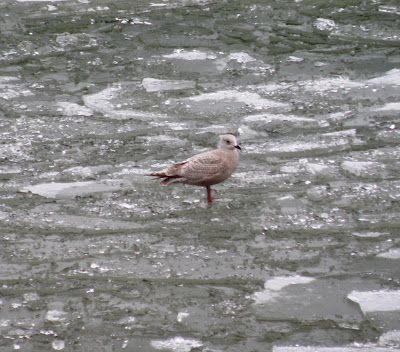 Thayer's Gull (Larus thayeri, above photos are of the same individual) - This bird was located on the far eastern side of the dam on Canton Lake. I was able to view it from as close as 25 yards which provided me with pretty good photos for id confirmation. Seen on 6 January 2010, at around 2:30pm until 5:30 pm. I think the photos are just fine for id purposes so I won't go into any kind of lengthy description. 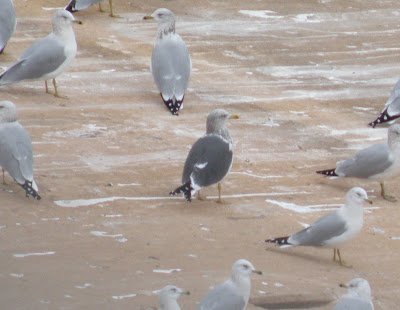 Lesser Black-backed Gull (Larus fuscus)- This was one of two individuals present on Wednesday, the second was a first year individual which I was unable to photograph. This adult or another exactly like it was also present yesterday (8-January-2010). 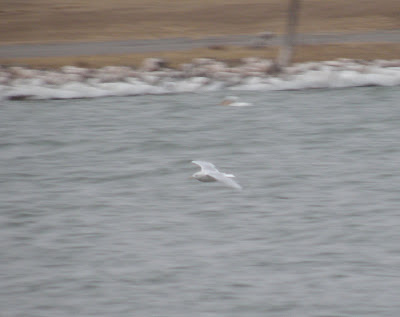 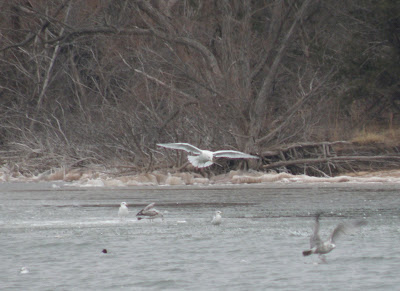 Well, there is still some discussion about these last two photographs. My original identification was that this was an adult Glaucous Gull (Larus hyperboreus). My experiences with them have amounted to a few observations over the past five winters here in Oklahoma. I have only just recently begun seriously digging into gulls, and each year I catch the fever it seems. Unfortunately I couldn't get close to this bird, he wasn't as tame as the Thayer's Gull was. But we can see a few important identification points from the meager photos I did manage to get. I was also able to view for approximately 25 minutes through my scope from only about 125 yards away. What initially drew me to this bird was the lack of streaking on the head and the yellow bill with red gonys spot. Because it was sitting in the water at first, and facing me directly I needed to be patient and waited for the bird to turn. It became instantly apparent that this was not a Herring Gull. There was a complete lack of grey or black tongues on the outer primaries, they were completely stark white. I am very sure of this fact and viewed the bird both at rest and on the wing and never wavered in my opinion on this point.

It was very close to the same size of the Herring Gulls that surrounded it, however my impression was that it was a little smaller in size, not by much though. Perhaps just a difference between sexes a colleague later discussed with me. Other important points which brought me to my Glaucous decision was the pale eyes the bird had, another of which I am completely sure of. Also the pink legs, which you can see if you click on the photo with bird seemingly hovering over the ice.

So in the spirit of discussion..hopefully please feel free to make a few comments if you like. There were some opinions that this may have in fact been an adult Iceland Gull (L. glaucoides), so that is something to consider.

I'm still working on yesterdays photos, but will add them later in the day.