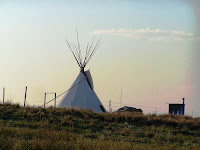 Saying good-bye is hard to do. This weekend I had to say good-bye to my favorite field truck! This was well over due though, and I am once again driving my GMC (blah!). The grey- Toyota had been through two marshbird seasons and one winter bird atlas season. Needless to say it needed a break. The G.M. Sutton Avian Research Center agreed to provide me with this truck over a year ago, my personal vehicle is two-wheel drive, and in my line of work four-wheel drive is required. I haven't figured out what I'm gonna do for future situations in my pickup, but I'm sure something may present itself.

I drove north on Rt-54 through Weatherford and the large wind power farm there. What makes me happy about these windmills is that many of 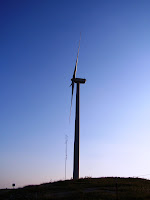 them are on plowed fields for agriculture, not too many are on native prairies like the enormous farm in Harper/Woodward Counties. Some people just never get it! As if our native prairies aren't being eaten up fast enough by encroaching Red cedar. Anyway. There was also a traditional Tee-pee set up very close to the towers, which provided a classic shot of the American prairie!

I also managed to check a few locations on this quest to recover my long lost vehicle. Making time to stop and check Doby Springs, a few playa lakes in northern Laverne, as well as a few ponds. 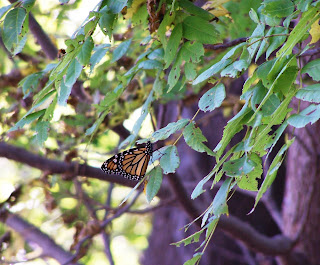 Doby Springs was pretty slow in the bird category, but it provided some nice butterflies and skippers including Monarch (left), Dun Skipper (below), Checkered White, and a lifer Western Pygmy-Blue (below right). The woodpeckers were out and about, and a surprise Philadelphia Vireo presented a great opportunity for study, no photo though. 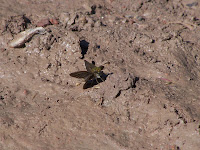 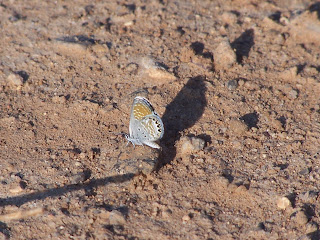 A spring fed pond north of Laverne produced the most birds of the trip. It was chocked full of dabbling ducks, American Avocets, Least Sandpipers, Lesser Yellowlegs, as well as a myriad of other flying friends. I had a good conversation with a landowner that I know, discussing the algal bloom in the pond. If you look closely in the avocet photo you will notice a deep green tone to the water. A light juvenile Swainson's Hawk flew over, after it became fed up with my presence. 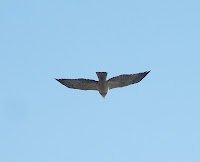 On the way home I stopped at Canton reservoir and found an adult Sabine's Gull a few hundred meters out in the water! I chased it for a while trying to get a better view but never located it again before the sun went down. I wouldn't even mention the bird if I wasn't completely sure that it was there. Hopefully someone else can confirm again today or tomorrow. I won't be able to get back up there. I watched the sunset over the lake and then headed home,
satisfied that I had finally taken care of the trucks and caught a few good species along the way. Another beautiful weekend in western Oklahoma!.....Cheers
Posted by Eric Beck at 11:07 AM